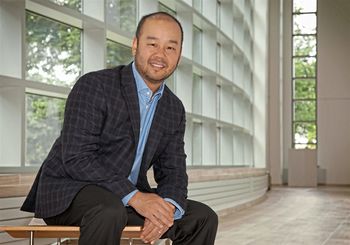 As the Pittsburgh Symphony Orchestra exploded into John Williams’ “Star Wars” title theme, two 10-year-old audience members celebrating their birthdays bounced in their seats, trading wide-eyed smiles. When conductor Lawrence Loh, cloaked in the robes of the Jedi order, brought the piece to a close, they stood up, high-fived and cheered.

The PSO’s two-hour “Music of John Williams” concert Friday night at Heinz Hall generated many moments like this. For all the bombast of the PSO’s two-hour pops show, Mr. Loh, the PSO’s former resident conductor, and the orchestra transformed soundtracks written for magical adventures into a testament to music’s ability to bridge generations.

Combining touchstones such as “Raiders March” from “Indiana Jones” with deeper cuts like “Flight to Neverland” from “Hook,” the program exhibited the best aspects of Mr. Williams’ catalog: suspense, heartbreak and touches of humor in equal measure.

This performance did not feature any snippets from the actual films, unlike many symphony shows centered on film music. Still, the night’s onstage antics offered more than enough visual stimulation for anyone in search of it.

Early in the show, PSO trombonist James Nova led a troop of Carnegie Mellon University and Duquesne University students onstage to play the opening fanfare of Richard Donner’s “Superman.” It appeared that each member of the group — informally dubbed “James Nova and the Supernovas” — was wearing a matching Superman shirt except for Mr. Loh and Mr. Nova.

That is, until Mr. Nova tore open his tuxedo to reveal a large, red “S” and christened a kneeling Mr. Loh with a shining red cape. The cape was just one of several costume changes Mr. Loh made during the night, including a Yoda outfit that proved especially popular with the audience.

While Mr. Williams’ legendary “Star Wars” pieces were the show’s keystone, the high point was music from a less familiar film.

Speaking briefly before conducting the theme from Ron Howard’s 1992 film “Far and Away,” Mr. Loh noted that the score featured a traditional Irish sound that stood out among the glitz of science fiction romps. He also noted that the PSO was the orchestra that did the work’s first live concert performance. As a whole, the entire piece conjured beautiful images of rolling green hills, but it was the solo by PSO violinist Jeremy Black that pulled it all together.

Mr. Black plucked and sawed at his instrument. With quick, fluttering playing, his solo did justice to Itzhak Perlman’s original interpretation.

This show was initially scheduled for last fall, postponed until the summer because of the PSO’s labor dispute. Yet nobody missed a beat, including Mr. Loh, who clearly relished the opportunity to show off his inner nerd.