Back to List
Acclaim
Review: An elegant Strauss horn concerto and a beautifully detailed Sibelius Symphony 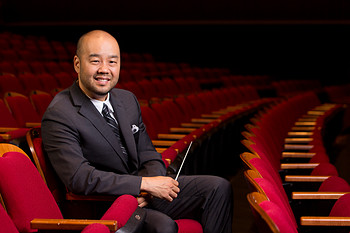 Richard Strauss’ father Franz was one of the great horn players of the late 19th century. As a teenager, the son composed an excellent concerto for him. A long career as one of the more successful composers of orchestral and operatic scores ensued. That career featured copious examples of brilliant writing for the horn — “Ein Heldenleben,” “Till Eulenspiegel” and “Der Rosenkavalier” to name a few.

But in his ‘80s, Strauss turned back to the horn and created a second concerto for the instrument.

Saturday night at the Clay Center’s Maier Performance Hall, Erik Ralske was the featured soloist in that piece, the Horn Concerto No. 2 in E-flat (1942) in a performance with the West Virginia Symphony.

Ralske, the principal horn of the Metropolitan Opera Orchestra in New York, played with economical precision and musical flair. He negotiated the difficult tricks and turns with elegance. His tone was expansive but focused, allowing him to blend with the orchestra while still projecting through in the loudest passages. Cascading arpeggios and fanfares that raced into the highest notes of the horn sounded tasteful and thrilling.

Conductor Lawrence Loh knitted a seamless accompaniment with richly responsive playing from the strings. Strauss’ always characteristic woodwind and brass writing was neatly and artistically detailed. The orchestra’s horns matched perfectly with Ralske at the climax of the finale where they suddenly join the soloist in one last twirl through the tune.

Loh led an aptly balanced and beautifully detailed account of Sibelius’ Symphony No. 5. The opening movement teemed with precision in its complex rhythms, which Loh sketched perfectly. The strings murmured gorgeously in their quiet background melodies to slowly syncopated melodies in the winds in the foreground. The brass impressed with chilly fanfares from the horns, resonant trombone harmonies and dark low-ranged trumpet calls. The scherzo that emerges part way through was rhythmically vivacious and compelling in texture and form.

Loh made the theme and variations of the slow movement sunlit and warm with neat pizzicatos in the strings, sparkling woodwinds and elegantly shaded long harmonies in the brass.

The finale included tumultuously quiet racing from the strings and glorious arching fanfares from horns and trumpets. The astonishing final bars, six hammered chords separated by silences that seem to stretch out to some distant Nordic mountain, were awesome, even if some in the audience were convinced the piece was over after just the first chord sounded.

The West Virginia Youth Symphony (the orchestra’s principal clarinetist Robert Turizziani is its conductor) joined the orchestra for Brahms’ Academic Festival Overture. The young players did very well. The brass had a neat glow in the big passages with the horns sounding refined in quieter moments. Loh kept the rhythms crisp, especially in the offbeats of the dance-like passages in the climaxes. The final hymn to academia was grandly impressive.