Back to List
Acclaim
The Dallas Symphony's Christmas Pops mixes popular and classical holiday favorites with the right balance.
Tweet 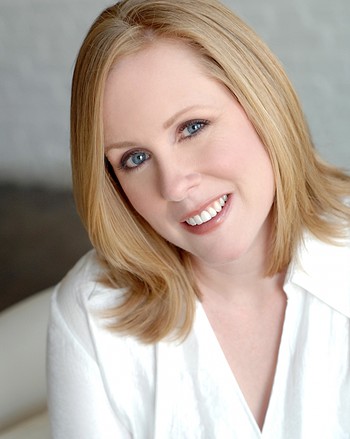 The Dallas Symphony Orchestra’s Christmas Pops concert is one of the most eagerly awaited holiday programs in the metroplex, and for good reason. With a crowd-pleasing collection of music and the halls dutifully decked, the Meyerson Symphony Center is a landmark destination for families and music lovers looking for fun, expertly executed holiday staples.

The Sunday matinee performance this weekend pulled in an enthusiastic packed house—a multicultural, cross-generational crowd of newcomers and repeat patrons all gathered around a common appreciation for the arts, and that is the true success of these Pops concerts.

Under Conductor Lawrence Loh, the Dallas Symphony Orchestra and Chorus serve up hearty renditions of Irving Berlin’s “White Christmas,” Cahn and Styne’s “Let it Snow! Let it Snow! Let it Snow!,” and “Frosty the Snowman,” by Steve Nelson and Jack Rollins, among others, all a part of a fun sing-along that engages the audience. And no holiday sing-along would be complete without the delightfully tedious “Twelve Days of Christmas,” for which the DSO employs the help of Santa himself to pick out soloists from the audience to sing the declarative line, “five golden rings!”

Along with the well-known and predictable favorites, there are also some pleasant surprises in this program. For example, Prokofiev’s “Troika” from Lieutenant Kijé makes an unusually fitting addition to the set; its position right after C.P.E. Bach’s “Magnificat” shows the company’s versatility and unique approach toward programming. Resident Organist Bradley Hunter Welch also brings dark elegance to the traditional “Bring a Torch, Jeanette, Isabella.”

Soloist Katy Shackleton Williams leads the orchestra and choir well in many numbers with a light and airy soprano. With three costume changes and a bright, ringing tone, she brings poise and a Magic Kingdom-esque intrigue to the program. Her “Alleluja!” from Mozart’s Exultante jubilate is lovely, and she leads the choir in a beautiful setting of “Angels We Have Heard on High.” The concert calls on her more than half a dozen times, which is a tall order for any singer over two weekends of performances, and Williams delivers prettily with grace and aplomb.

Loh’s thoughtful consideration of the function of these pops concerts comes through by way of his charm and energetic conducting. He pours life and character into each interpretation; so much so, that, in his exuberance, he lost hold of his baton during a run of Mel Tormé’s “The Christmas Song” at the performance reviewed. He and the expert players of the orchestra are simply a joy to watch.

At this time of year, major metropolitan areas like ours are inundated with holiday programs and artistic showings. For some, the insistent carols, overdone Nativity stories, and hokey imageries may seem overwhelming, making it difficult to pinpoint the best place to land when choosing performances to frequent. At the DSO’s Christmas Pops concert, the art and sophistication are not muddied by overly sentimental sensibilities, but are instead laid out in clear, tangible lines that are seasonally pertinent. And that is what the DSO does best—reaching audiences through their commitment to meaningful symphonic and choral work.