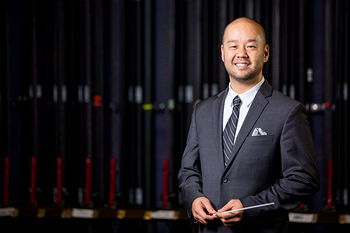 Mr. Loh was Assistant, Associate and Resident Conductor of the Pittsburgh Symphony Orchestra from 2005-2015 and he returns annually to lead a wide variety of programs.

Having a particular affinity for pops programming, Mr. Loh has been engaged for repeat performances with Chris Botti, Idina Menzel, Ann Hampton Callaway and more. He has assisted John Williams on multiple occasions and conducted numerous sold-out John Williams tribute concerts. He is particularly adept at conducting concerts synchronizing live orchestral music with film, and he has led Jurassic Park, Pixar in Concert, Disney in Concert, The Wizard of Oz and Singin’ in the Rain, among other concert productions.

Mr. Loh received his Artist Diploma in Orchestral Conducting from Yale, his Masters in Choral Conducting from Indiana University and his Bachelor of Arts and Certificate of Management Studies from the University of Rochester. Lawrence Loh was born in southern California of Korean parentage and raised in Carlisle, Pennsylvania. He and his wife Jennifer have a son, Charlie, and a daughter, Hilary. Follow him on instagram @conductorlarryloh or twitter @lawrenceloh or visit his website, www.lawrenceloh.com.