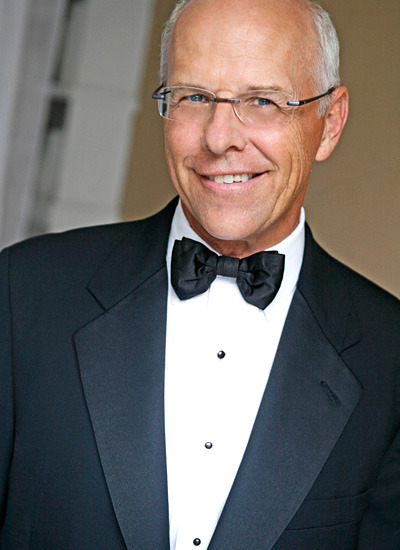 Back to List
Acclaim
Review: The Vinyl Years: A Classic Rock Songbook | Fort Worth Symphony Orchestra 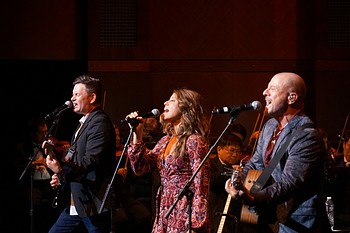 Fort Worth — An enthusiastic audience gleefully ate up classic rock songs classically rendered by the Fort Worth Symphony Orchestra and guests. Conductor Michael Krajewski affably emceed the evening with dad jokes for the baby boomers in attendance. “Remember vinyl anyone?” Though vinyl sales are surging — in 2019 they will surpass CD sales for the first time since 1986 — who’s to ruin good nostalgic fun?

“Overture” from the rock opera Tommy by The Who appropriately started things off. The over-amplified brass at times muffled the strings but that didn’t stop some in the crowd from letting out the intermittent whoop.

Next came “Listen to the Music” by the Doobie Brothers. “Remember doobies anyone?” asked Krajewski. Though if that fragrance were ever detected in Bass Hall, expect porcine applications to flight school spike. Thanks to the dependable wizard Tom Burchill for the clean introductory guitar riff. After which, out walked the billed guest vocalists belting turntable-tested lyrics. Shem Von Schroeck of the band Toto began, who tossed it to session vocalist Lori Zabka, who after a miscue gave it over to Nashville singer and guitarist Micah Wilshire. Settling in, they rounded out the Brothers of Doobie with “Blackwater.”

Schroeck and Zabka admitted a program such as this allows them to sing songs of their heroes. So launched the following string of 70s hits: “Landslide” from Fleetwood Mac’s self-titled album, “Don’t Stop” and “Go Your Own Way” from Rumours, the Kenny Loggins and Stevie Nicks’ duet “Whenever I Call You Friend” from his album Nightwatch, and the Kenny Loggins/Michael McDonald song “This Is It” from Keep the Fire. The last of which was delivered sans FWSO and accompanied instead on Schroeck’s acoustic guitar. Earlier he thanked everyone for letting them into “your very large living room.” And the tone did feel much like a house concert (with 80 on-the-clock musicians in concert dress waiting behind him).

Led Zeppelin’s “Stairway to Heaven” quiet introduction was poignantly reimagined from acoustic guitar to harp. Styx’s “Sailing Away” got hollers of appreciation on its opening solo piano riff from principal pianist Shields-Collins Bray. Let’s hope the ticket holders stick around long enough to catch his Mozart.

• The FWSO has some french horn and trumpet tones so rich they’ll stop time.

• Symphony musicians are trained to listen to one another for tuning and timing. They are not slaves to the metronome. What they gain in sympathetic subtleties they lack in a rhythmic pocket. Orchestras flex. They don’t groove. They can roll but they don’t rock.

Finally, “Joy to the World” by Three Dog Night got the crowd standing, dancing, and sing along — and they weren’t even drunk (probably). It was just a few fireworks away from Concerts in the Garden. When was the last time Bass Hall held this kind of energy? Walking out, there was a Smile. On. Every. Face.