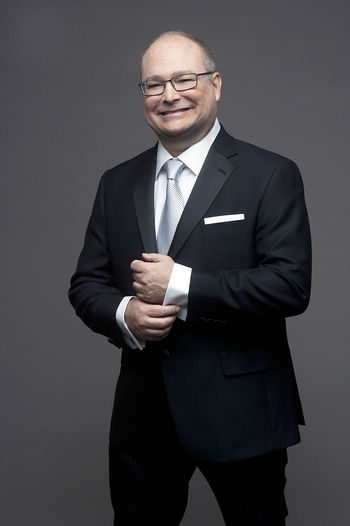 The Milwaukee Symphony Orchestra’s “Gershwin and Friends” performance Friday night at the Pabst Theater featured two 50-minute sets of excellent tunes played with brio and not just a little humor.

However, to be unfair, the featured composers — brothers George and Ira Gershwin, partners Richard Rodgers and Lorenz Hart, Cole Porter, Kurt Weill and Irving Berlin — wrote so many indelible Great American Songbook entries that anyone familiar with the canon could protest the absence of a favorite number.

Thus the Milwaukee Symphony might have epitomized a wry alternate definition of a pops orchestra: “An orchestra that plays something for everyone but not quite enough for anyone.”

However, to be fair, it also provided many moments of such dazzling entertainment and pure musicianship that anyone and everyone could shove aside set-list complaints, with considerable help from the guests joining the MSO onstage.

One guest, conductor Stuart Chafetz, was a big part of the dazzle. Smiling almost constantly, often moving to the balls of his feet as if giddily emphasizing the lifts and dips of the volumes and rhythms, he radiated enthusiasm.

Yet he was a pro, too — this former resident MSO conductor has worked with, among others, the Chieftains and Randy Newman — and a sense of command resided within his joy.

Likewise, singer Lisa Vroman was both professional and enthusiastic. A veteran of shows like “The Phantom of the Opera,” she had the chops and soprano to go without a microphone for the show-closing Gershwin brothers’ standard “Embraceable You” and to find bluesy tenderness in George Gershwin and DuBose Heyward’s “Summertime.”

Vroman paralleled Chafetz’s excitability with “My Cousin in Milwaukee,” one of the lightest little things the Gershwin brothers composed, and “One Life to Live,” a gracefully bouncy combination of Weill’s music and Ira Gershwin’s lyrics.

Accompanying Vroman, the orchestra enhanced her with gorgeous strings on the aforementioned “Summertime” and with a woodwind groove on the Gershwins’ “It Ain’t Necessarily So.” (Each comes from the 1935 opera “Porgy and Bess.”)

On its own, the MSO rode the merry-go-round overture for Porter’s 1953 musical "Can-Can,” put tremendous force into the overture for Berlin’s 1946 musical “Annie Get Your Gun” and swung masterfully through the immense variations of George Gershwin’s “An American in Paris.”

Anyone could’ve chosen a new favorite from among the selections, and everyone in the half-full venue appeared to have done so by night’s end.