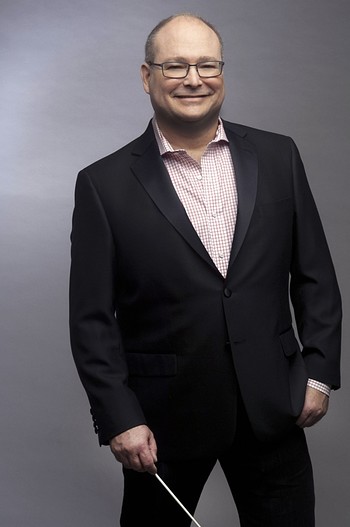 To some, the preponderance of superhero movies coming out of Hollywood over the last several years has made the genre feel hackneyed and overwhelming. In Fort Worth, however, the symphony orchestra has offered the community an exciting new approach for appreciating the nostalgia and intrigue surrounding these fantastic icons.

Superhero Soundtrack, a part of the FWSO’s 2018-2019 pops series brought together the works of some of the world’s most influential composers of movie scores, reaching all the way back to the 1930s and all the way up to the current year.

The program opened with the incomparable John Williams’ Summon the Heroes, stirring the crowd with an energetic brilliance that features a solid performance from principal trumpeter Kyle Sherman. Chafetz is an immediate joy to watch at the podium as he conducts with a nonchalant sense of whimsy and constant contented smile on his face.

One would be forgiven for assuming that all of the numbers are rousing and triumphant, like the characters that inspired them. However, the thoughtful selections featured, along with appropriately applied mood lighting for each number, worked together artfully to deliver a fully realized journey from start to finish, evoking feelings of adventure, drama, romance, and fun. While Alan Silvestri’s Theme from The Avengers (2012) is bold, angsty, and dramatic, Suite from X-men: The Last Stand, composed by John Powell, offers a welcome contrast with more serious and contemplative movements.

Danny Elfman’s Theme from Batman (1989), which appeared to be highly anticipated by the audience, is dark and brooding, and the FWSO does well to capture the poignant nuances that give Elfman’s composition a trademark tone, making it one of the most expertly executed pieces of the night. In stark contrast, the jazzy, retro, grooves of Michael Giacchino’s Music from The Incredibles lightens the room with a bouncing energy that can be seen in all the bobbing heads of the nearly packed house, garnering a rapturous round of applause from the crowd.

The program also featured nods to classical composers with widely familiar strains like Richard Wagner’s “Ride of the Valkyries” from Die Walküre (1870) and “Gallop,” from William Tell Overture, composed by Gioachino Rossini in 1829.

As a part of the pop series, what is most impressive is how well this program worked to attract new and fresh faces to Bass Performance Hall. At the start of the show, Chafetz calls for a round of applause from first-time visitors, and nearly half of the patrons in attendance clapped in response at the performance reviewed. The crowd was filled with enthusiastic fans, many dressed as their favorite heroes or sporting trendy, on-theme T-shirts, and families with eager, young children excited for the event. There was even a moment for clever superhero trivia, which elicited active participation from audience members (including myself).

It was a thrilling evening of well-performed music, to be sure, but what was most fulfilling for this attendee was the wholly engaged experience with other fans of comic books and superheroes, along with a full appreciation for fine arts.